Designed by Niels Thorsson for Royal Copenhagen,Denmark,1950's
Niels Thorsson was born in 1898 in Sweden. Hestarted an apprenticeship aged 13
at the Aluminia Factory in Copenhagen, graduating from the Royal Danish Academy in 1917.
He went on to become the company's most prolific designer, being appointed Artistic Director
between 1928-1969, whilst also doing the same job at Royal Copenhagen from 1949 onwards.
He designed some of the company's best known ranges - Solbjerg 1934, Marselis 1953,
the Baca series and he encouraged and oversaw the production of the Tenera series
by a talented group of young female Scandinavians.
He also produced many other prized pieces in high fired glazes such
as Solfatara and Clair de Lune. 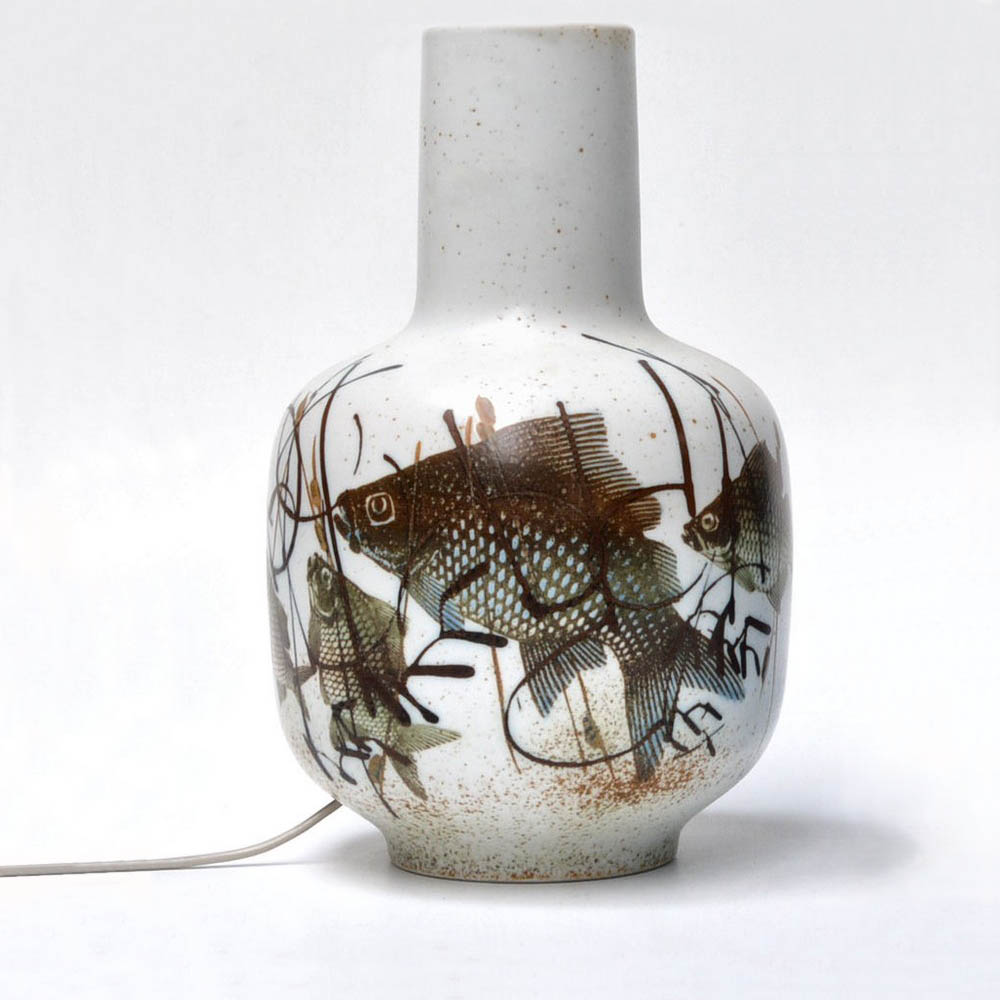